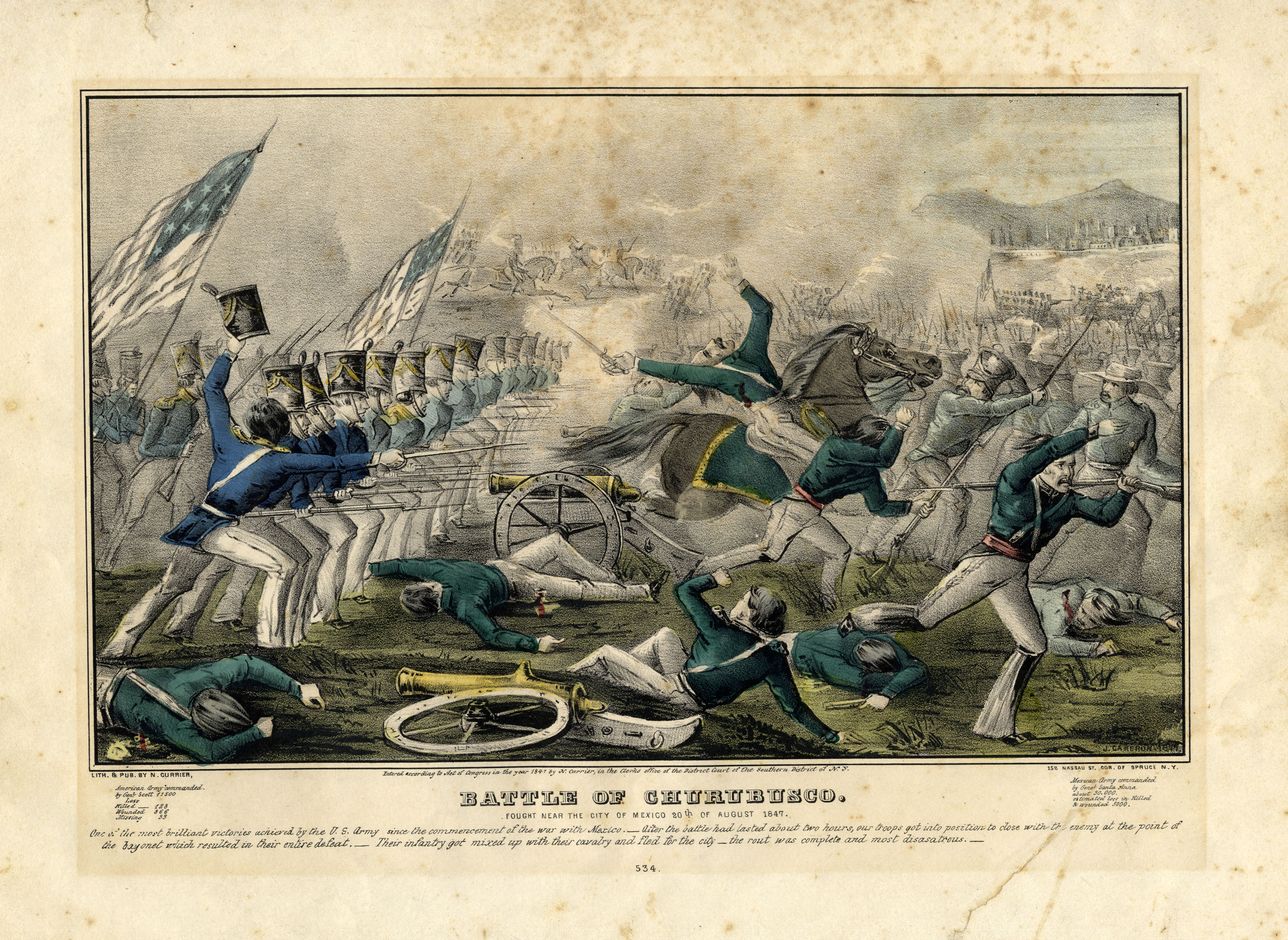 Colored lithograph of "Battle of Churubusco, fought near the city of Mexico. 20th Aug 1847. One of the most brilliant victories achieved by the U. S. Army since the commencement of the war with Mexico. After the battle had lasted about two hours, our troops got into position to close with the enemy at the point of a bayonet which resulted in their entire defeat. Their infantry got mixed up with their cavalry and fled for the city. The rout was complete and most disastrous. American Army commanded by Genl. Scott 11,500. Loss killed 128, wounded 866, missing 33. Mexican Army commanded by Genl. Santa Anna about 30,000. Estimated loss in killed and wounded 5,000.”