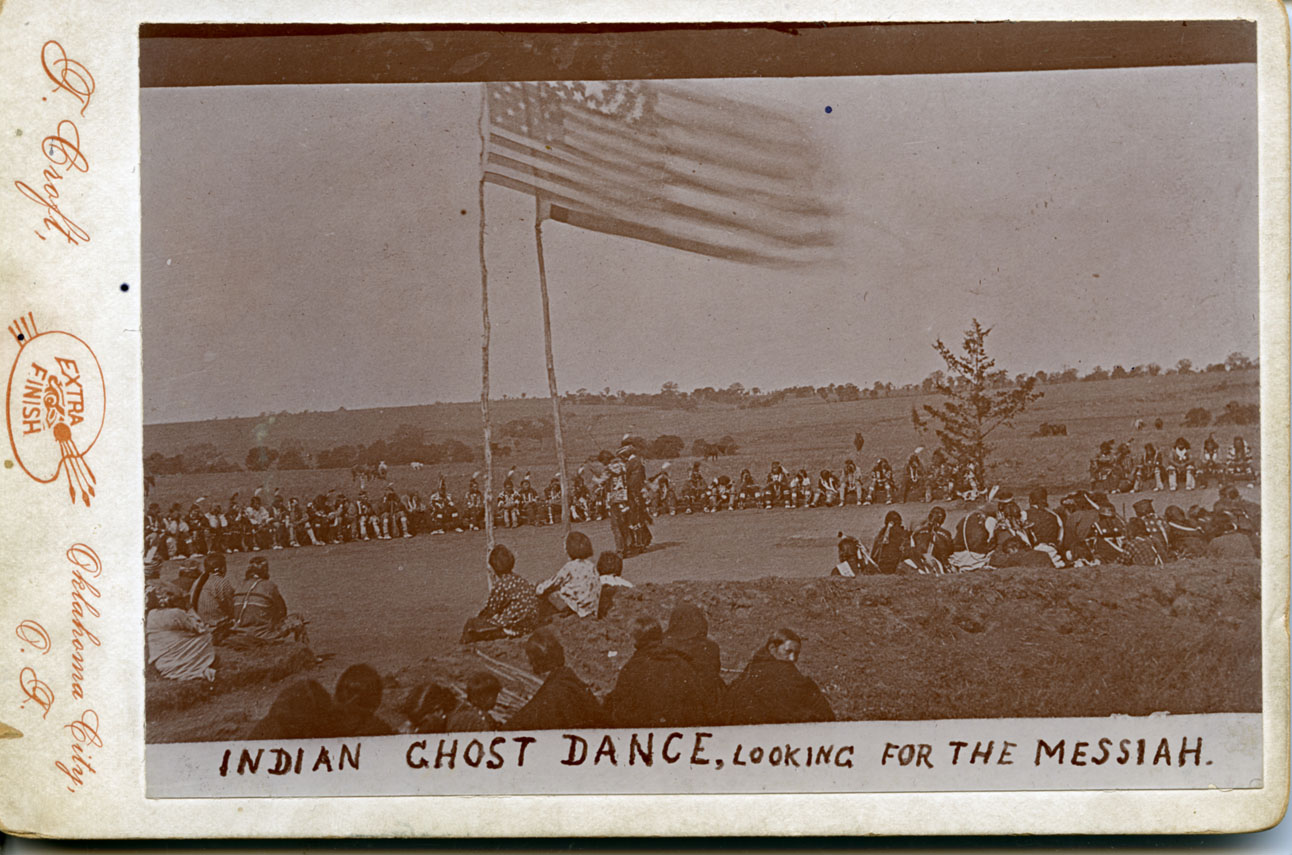 A cabinet card depicting Two flags, one the United States of America, the other unidentified, are in the center of a large circle of people seated outside. There are gaps in the circle where there is no one sitting. A single tree is within the circle to the right of the flags. "Indian Dancers" are likely Otoe and/or Osage, and the location is near Hominy, Oklahoma. "7" and "Hoyt" written on back in ink. Croft imprint on front.

Printed on front of card left: "Croft. Arkansas City, Kansas." It should be noted that this photograph has been retitled from an earlier title. From the clues in the photograph, it can be concluded that this is not a Ghost Dance. This is almost certainly a depiction of an early Waw-no-she’s dance, also known as a Faw Faw dance, or Old Man Fawfaw’s dance.