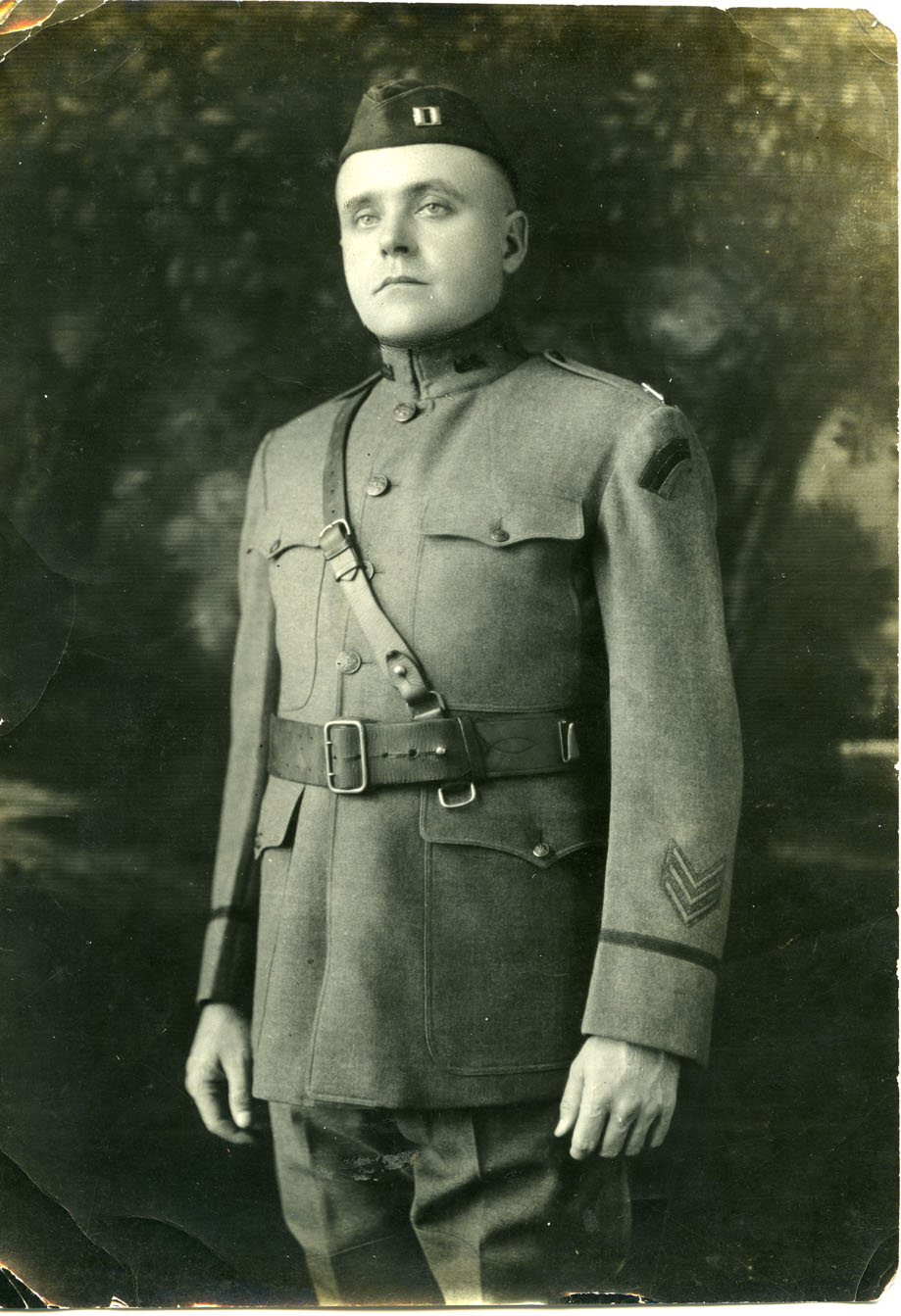 Samuel Jackson Bradfield, 1888-1968 was a First Lieutenant with the 167th Ambulance Co. at the formation of the train. He was promoted to Captain 23 December 1918, and was made Acting Commanding Officer of the 167th Ambulance Co, replacing Captain Hector G. Lareau, who had commanded the unit since its inception.