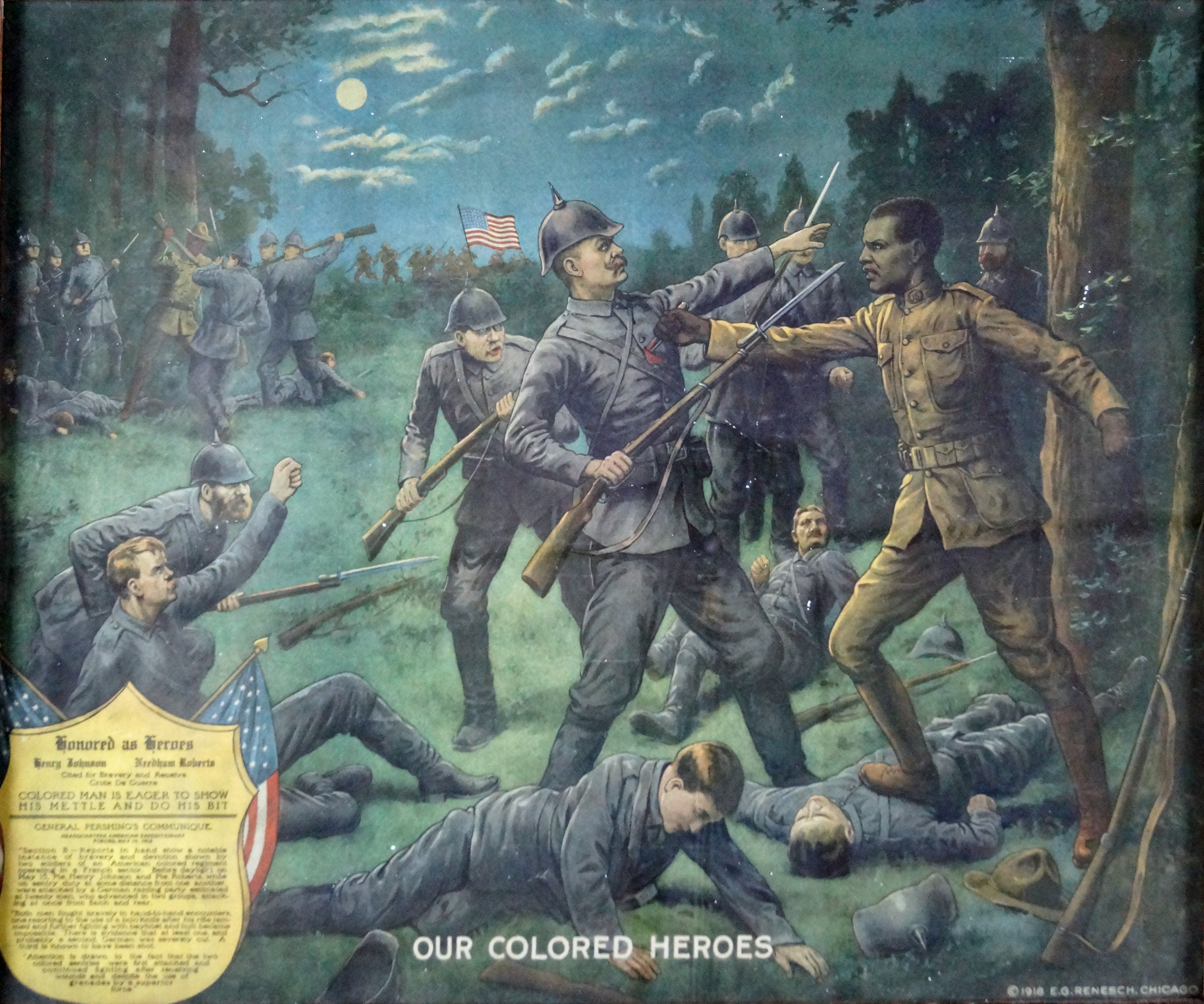 Poster depicting the events of 14 May 1918 when Privates Roberts and Johnson fought off a 24 man German unit. Both men were awarded the Croix de Guerre, and in 1932 they were both awarded the Purple Heart when that award was revived. In 2002 Johnson received (posthumously) the Distinguished Service Cross, and in 2015, Johnson received the Medal of Honor.

Text reads: "Honored as heroes/Henry Johnson Needham Roberts/Cired for bravery and receive the Croix de Guerre/Colored man is eager to show his mettle and do his bit./General {ershing's communique: Headquarters, Amerian Expeditionary Forces, May 19, 1918. Section B: Reports in hand show a notable instance of bravery and devotionshown by two soldiers of an American colored regiment in a French sector. Before daylight on May 15, Pte. Henry Johnson and Pte. Roberts, while on sentry duty at some distance from one another, were attacked by a German raiding party estimated at 20 men, who advnaced in two groups, attacking at once from flank and rear./Both men fought bravely in hand-to-hand encounters, one resorting to the use of a bolo knife after his rifle jammed, and further fighting with bayonet and and butt became impossible. There is evidence that at least one, and probably a second, German was severly cut. A third is known to have been shot./Attention is drawn to the fact that the two colored sentries were first attacked and continued fighting after receiving wounds and despite the use of grenades by a superior force."